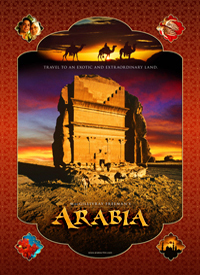 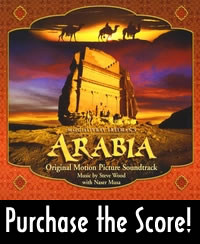 Travel to the exotic and fascinating land of Arabia. Explore the ancient tombs of a lost city; dive through the reefs of the Red Sea; and experience the Hajj - the largest gathering of people on Earth. Discover an extraordinary culture and experience modern day Arabia in the midst of monumental change.

“A fascinating film – simple and sincere...[Arabia] challenges your deep and hidden misconceptions and lazy bias about Islam and Muslims... It offers more hope than other media portrayals for encounters between people of different cultures and faith.”
—Richmond Times-Dispatch

“The photography speak[s] for itself…The most impressive images come when the filmmakers join 3 million Muslims on the Hajj pilgrimage to Mecca, the world's largest gathering. Even when spread across the Omnitheater's nine-story-tall screen, the sheer mass of humanity is awe-inspiring.”
—Minneapolis Star Tribune

“Arabia is entertaining and informative...a joy to watch!...If you want to take a (family) trip without having to board a plane (or pay astronomical airfares), then this is definitely the perfect experience for a Sunday afternoon.”
—BostonHerald.com